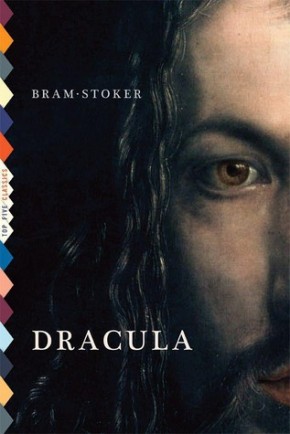 Told in a series of diary entries, ship logs, telegrams, and phonograph recordings, Stoker’s novel recounts the efforts of Jonathan Harker, Lucy Westenra, Mina Murry, John Seward, Quincey Morris, Arthur Holmwood, and Abraham Von Helsing to rid themselves and the world of Count Dracula, a vampire who has left his castle in Transylvania and traveled to England in the hopes of finding new victims and spreading the curse of the undead.

The novel begins with Harker traveling to the Carpathian Mountains in Transylvania (modern day Romania) to provide legal support for Dracula’s purchase of an estate in England through Harker’s employer. Although the locals are afraid of the Count, Harker finds Dracula to be a gracious host and is eager to learn more about his enigmatic host. But Harker soon realizes that he is, in fact, Dracula’s prisoner; his letters to his fiancée, Mina Murry, are being intercepted by Dracula as she anxiously awaits his return to Whitby, England.

Leaving Harker behind, Dracula soon makes his way to England on a Russian ship, the Demeter, with boxes of Transylvanian soil required to replenish his strength. The captain’s logs document how the entire crew gradually disappears until the ship runs aground off the shores of Whitby, where Dracula makes his way ashore and begins stalking Harker’s fiancée.

Van Helsing knows the true cause of Lucy’s condition, but refuses to disclose it and tries to subtly treat her condition through blood transitions, the wearing of garlic, and the placement of a golden crucifix over her mouth. However, his efforts are thwarted time and time again, leading Lucy to die and transform into a full vampire. Forced to finally confess the truth, Van Helsing leads the others – including Harker, who managed to escape – in an effort to track down and slay both vampires, Lucy and Dracula.

I’m not usually one for ghost stories or vampires, but Stoker’s novel is such a foundational text for the fantasy genre – he’s created with single-handling launching the entire genre – that I’ve had the novel on my to-read list for years. I finally decided to read it in the lead up to Halloween 2019, although my efforts were waylaid by (a) an energetic puppy who rather play than let me read, (b) a crippling stomach bug that kept me down for a full week, and (c) Stoker’s dense writing that didn’t always appeal to me.

The narration jumps around from multiple points of view, and I had to make sure to stop only at the start of a new section where the narrator’s name was clearly written, otherwise I’d pick the novel up again and be unclear about whom the narrator was. For the most part, the novel follows a chronological format, but the inclusion of everyone’s diary entries meant some parts were repetitive, dragging the speed of story down a bit and my interest with it.

But it was fun to see where all our stereotypes about vampires come from – Dracula sleeps in a coffee, has no reflection in a mirror, is hurt by garlic, etc. (Carting around soil was a new one for me.) And I enjoyed some of the more suspenseful – Harker arriving at Dracula’s castle for the first time, for example – and action-oriented moments – the killing of Lucy, for example. Not one I ever plan to read again, but one I didn’t feel like I was reading solely because I felt that I had to

This is my 40th book for the Classics Club, which challenges participants read and discuss fifty or more books considered to be classics within a five year period. My personal goal for this project is to read seventy-five books in three years ending on August 15, 2017. This deadline has since come and past, but I am still trying to work through my list. You can find out more information by checking out my introductory post or project post.