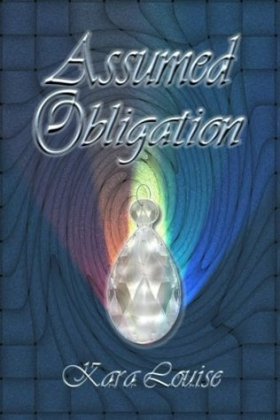 In this sequel to Assumed Engagement, Elizabeth Bennet and Fitzwilliam Darcy are headed to Paris with plans to dedicate a portion of their honeymoon to visiting and learning about a school for the deaf. A tenant of Darcy’s has adopted a deaf child, and both Elizabeth and Fitzwilliam are eager to set up a similar school at Pemberley to aid their tenant and others in Derbyshire.

Meanwhile, left behind at Netherfield, Georgiana is eager to forge friendships with the three younger Bennet sisters. Lydia is too vivacious for Georgiana while Mary is too severe, but Georgiana forges a quick but deep friendship with Kitty. It is both girls’ hope that Kitty can visit Pemberley as Georgiana’s guest while Lydia makes her trip to Brighton with Colonel and Mrs. Foster.

If this recap sounds out of sync with Jane Austen’s Pride and Prejudice, it’s because Louise has created a “variation” on events to the original. The timeline has been shifted to make a journey to the Continent possible; the slow deepening of Darcy and Elizabeth’s feelings for one another was preempted by Georgiana’s assumption that the two were engaged.

My written recollection of Assumed Engagement isn’t exactly positive, so I’m not sure exactly why I placed a request for the sequel on PaperBackSwap in May 2017. My mental recollection of the preceding book was fuzzy at best when I finally sat down to read Assumed Obligation.

Thankfully, as Louise writes in her introduction, reading Assumed Engagement isn’t entirely necessary in order to understand this book. The characters, particularly Georgiana, make a point to explain where Louise’s story veered from the original and how this variation impacts their present in this novel.

I found the story diverting, which is the same praise I gave the preceding book. It was a refreshing change of pace from the diet of crime novels and books about the Holocaust and racism that I’d been working through. And I did finish this book in a single sitting, for whatever that bit of information is worth.

I also especially liked Louise’s focus on Georgiana and Kitty, two of the more overlooked characters in Austen’s original novel. (Mary Bennett is the most overlooked, in my opinion.) It was lovely to see them both blossom with the change in their circumstances – Kitty was pulled outside Lydia’s sphere of influence, allowing her to see what is really important in a husband, and Georgiana’s isolation as Darcy’s only sibling is ended by the arrival of Elizabeth and Kitty at Pemberley, allowing her to carve out her own place amid all the societal obligations being a Darcy holds.

But, as with the first book, the numerous typos and errors greatly distracted from the story. I also found the interactions between Darcy and Elizabeth – called Lizbeth and Will, in this story – to be oddly uncomfortable. I’ve read a number of Louise’s novels and associate her writings with the chaste side of Austen FanFiction, so I wasn’t expected the dialogue between Lizbeth and Will to be as suggestive as it was. Nothing said was gross or too salacious, but some comments felt forced and oddly placed.

This is my ninth book for #20BooksofSummer. I received the book from PaperBackSwap in May 2017.