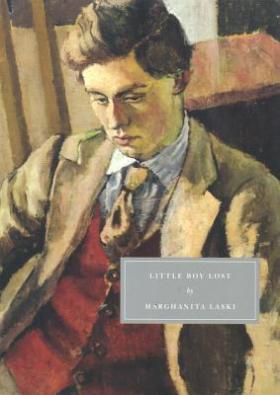 In 1940, as the Nazis were marching onto to Paris, an English solider named Hilary Wainwright was forced to abandon his wife and newborn son. His wife, Lisa, was too ill from childbirth for a hasty evacuation back to England; his son, John, seemingly better off in the care of his mother and her friends than a single father.

In 1942, the British War Office notified Hilary of Lisa’s death at the hands of the Nazis for the crime of working with the resistance. The letter contained no word of John’s fate, and Hilary assumed the baby died until Christmas 1942 when the former fiancé of Lisa’s friend, Pierre Verdier, arrived at Hilary’s mother’s house with news that the baby had been passed through the underground resistance network.

In 1945, the year of focus in Laski’s novel, Hilary returns to the impoverished, post-war French countryside to follow-up on the research Pierre has been conducting into John’s disappearance. The secrecy surrounding the resistance’s membership makes it difficult to verify Pierre’s scant information, and the majority of people with direct knowledge of what happened to John have since passed away.

However, Pierre has located a young boy around John’s age living in a Catholic orphanage and arranged for Hilary to spend time with the boy. Pierre, Hilary, and the Mother Superior all believe Hilary will know the boy’s paternity immediately; the boy, who is incidentally called Jean, knows nothing of the man’s possible relation to him.

The beauty of Laski’s novel snuck up on me. For the 105 pages, the story appears predictable yet farfetched. Laski lulls her readers into assuming they know what will occur by following the obvious path – mysterious man arrives on Christmas; interviewees suddenly remember the sight of a particular coat – and then she abruptly halts the narrative and upends the story by pointing out the silliness of Hilary and Pierre’s assumptions.

Because, of course, what she has proposed so far in the story is absurd! Given the chaos of war, it is ridiculous to believe Hilary would so easily be able to track down his son based on an interview with a senile woman. It is also foolish to believe Hilary will recognize his son immediately, given he had a thirty second glance at the child when John was a newborn.

Instead, Laski focuses on how willing Hilary is to make himself believe that Jean is his child. He feels some affection for the boy, especially after the two spend time together, but accepting the boy as his own means giving up on his current life as an unattached bachelor and, worse, giving up on ever finding his and Lisa’s child for sure.

It is a complicated, emotional struggle; one that Laski deftly pulls the reader into and asks them to contemplate right up to the final page. I felt anxious to reach the end, to learn if my sympathy with Hilary and hope for Jean were not misplaced.

My eagerness to reach the conclusion was well-rewarded. I had a strong reaction to both the false and the actual endings of their tale, although I must say that the latter felt rushed and less fulfilling than I anticipated.

Still, I was delighted with Laski’s novel, particularly the way she upended my expectations for what this novel would be. I purchased two of her other novels – To Bed with Grand Music and Tory Heaven – without sampling her writing first; a purchasing gamble I’m now sure will pay off.

Laski’s novel was reissued as part of the Persephone Classics collection, which presents twelve of Persephone Books’ bestsellers in more ‘bookshop-friendly’ editions (i.e. with pictures on the front). The endpaper in these editions are printed in greyscale, so the fabric “with both fleur-de-lis and childlike, primitive stars” designed in 1946 by the Hélène Gallèt studio in Paris and used as the endpaper is missing “the green reminiscent of bourgeois France” in my copy.