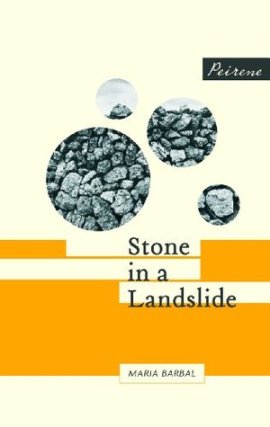 In the nineteenth century, thirteen-year-old Concepció — known as Conxa to her family — is sent to live with her childless aunt and uncle among the foothills of the Catalan Pyrenees because her parents have too many children to feed. And Conxa’s position as the youngest girl makes her all the more of a burden to her parents.

“A boy will be a man. And a man has the strength to deal with the land, the animals, to build. But I didn’t see it so clearly. When I thought about the families I knew well, I saw the woman as the foundation stone.”

When Conxa grows older, she marries a young man named Jaume. Yet Jaume is more of a builder than a farmer, and the hard work of carrying for the land, her aging aunt and uncle, and her three children takes its tole.

But Conxa married for love — or so she believes as a teenage bride — and she is willing to overlook any of Jaume’s (perceived) flaws. A viewpoint that leads her to follow her husband right into the middle of the Spanish Civil War. When the tide of the war turns, Jaume is punished for his “treason” and Conxa has to learn how to raise three children and learn how to stand on her own after her husband is murdered by the State.

“I don’t know if we always need to miss someone to know that we loved them, but that’s how it happened to me. While he was alive I didn’t have time to work out whether what I felt was love or a mixture of gratitude and concern. When he died, I felt pangs of love for this man.”

Barbal’s novella is a retrospective look at Conxa’s life, and a story that originally appeared so simple becomes a darker piece as the Spanish Civil War begins. Yet the quiet reflections of her main character remain stark and simple, and the novella never seems to reach a true climax of emotion or content.

Which worked for me when I finally found the time to read this novella from start to finish in the one sitting. But when I tried to read pages here or there, I would forget what had occurred in the previous pages necessitating that I restart the novella each time.

My interest was likely also slow to develop because of the distance kept between the reader and the narrator. I rarely felt like I was getting to know Conxa or her viewpoints unless she was discussing her disgust at the assumption that male children are better than female children.

I still enjoyed the novella; it was a beautiful reminder that stories of less than 150 pages can still pack a major punch. But, rightly or wrongly, it didn’t hold up to the expectations I have for a novella published by Peirene Press.