I took an unplanned (yet needed) extended break from book blogging in 2017, but I thought I’d dust away the cobwebs and share ten of my favorite reads from the past year. I read 69 books in 2017 — a smaller number than is typical for me, but to be expected given how the year went for me.

My list of ten includes three nonfiction titles and all but one was published after 2009. Half were actually selected by my book club throughout the year; a bit of a surprise for someone who doesn’t always feel like her book club’s selections align with her tastes. The list below is arranged in alphabetical order by title with links to my full review, if available.

Born a Crime: Stories from a South African Childhood by Trevor Noah (2016)

Noah, the host of “The Daily Show”, was born to a white, Swiss father and a black, Zhosa mother when interracial relationships were banned by the South African government under apartheid — hence the title of his memoir. Forced to remain indoors for most of his childhood and deny who his parents were when he did go out, Noah as a unique experience with race and minority-majority rule. His humor keeps the memoir engaging, but his insights on race and class and policing — both in South Africa and in the United States — are what placed this book near the top of my favorites list this year.

Twenty years ago, Aaron Falk and his father fled from a small town in rural Australia under the suspicion of murdering Aaron’s childhood friend. Now a Federal Agent, Aaron returns to the town to attend the funeral of his other childhood friend, Luke. Luke is suspected of murdering his young son and wife before committing suicide, and many in the town blame the toll of the worst drought in years. Luke’s father, however, does not believe the suspicion and, knowing that Luke provided Aaron with a false alibi twenty years ago, demands that Aaron help investigate what really happened.

Any crime novel that can keep me guessing until the end deserves a spot in my top ten for the year, but this book also would have made the list based on Harper’s writing style alone. I felt like I was living through the drought and the accompanying heatwave myself as I raced through this novel. The weaving of the past and the present is well done; not once did I wish Harper kept her focus on one point in time. This is one of the best crime novels I’ve read in years, and I look forward to reading about Falk’s next case in 2018.

One of the last books I read this year, Honeyman’s title character is a bit of an oddball narrator who lives of regimented life alone in Glasgow. A new coworker, however, turns Eleanor’s routine inside out as the two of them end up rescuing an old man who takes a tumble in front of them and the experience forges together a tentative friendship.

The novel is centered around discussing what happened to Eleanor as a child, what made her such an oddball to her other coworkers. But that mystery wasn’t what drew me into the novel — good thing, too, considering I correctly guessed most of the twists. This was one of the few books I read this year where I felt a keen desire to sit down and finish in it one sitting.

I once raced through this novel trying to cram it in before a book club meeting and decided that I hated it. Too long-winded. Too descriptive. Criticisms that could have still stood had I not taken the time to slow down, to enjoy each chapter during a second read through (for yet another book club). The story, which reminded me of a (darker) cross between A Man Called Ove and Eloise at the Plaza, moves beautifully through Russian history from the 1920s to the beginnings of the 1960s, and the lengthy descriptions allow the main character and the reader to pick up on the subtle (and not so subtle) changes to Russian culture and mannerisms as a result of Stalin’s brutal regime.

A fictional author recounts his efforts to write about the nonfictional assassination of Heydrich Reinhard by a Czech and a Slovak in the Nazi-occupied portion of Czechoslovakia. It is a premise that sounds confusing, yet was well-executed by Binet.  This unique lens through which Binet chooses to explore the Holocaust and Nazism in a fictional setting is a refreshing take in a rather crowded field. Translated from the French by Sam Taylor.

Because each chapter introduces a different character, the novel takes on the form of a collection of short stories. In another author’s hand, this structure would feel superficial; the reader only being able to see the surface of each character’s life. Yet Gyasi managed to pull me into every single story, to make me feel for each character, to leave me frustrated when she forced me to move along to another character because I just wanted to spend one more second with this character. 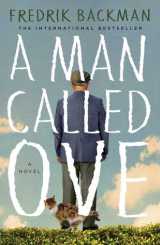 Who knew a book about an old, curmudgeon man who cannot stand his neighbors could be so charming? I suppose I should have known because oddball narrators seem to be a common theme this year (see: Eleanor Oliphant Is Completely Fine, A Gentleman in Moscow). I was moved to tears by the end, and am eager to read more of Backman’s works because of how much I enjoyed both his writing style and his handling of the dark topics addressed in this one. Translated from the Swedish by Henning Koch.

Nothing to Envy: Ordinary Lives in North Korea by Barbara Demick (2009)

Demick’s book on life in North Korea was on my radar for a number of years, but I picked it up after North Korea and its nuclear arsenal became the top story on the nightly news broadcast. Constructed from interviews a series of interviews with defectors from the country, the book follows six North Koreans through much of the 1990s, including a famine which killed between 240,000 and 3,500,000 North Koreans.

The the focus on ordinary people from across North Korean society — the true believers and the doubters, the lowly “impure” young girl in love with a boy from the right family — gives the reader the opportunity to see past the propagandist parades and bombast rhetoric. And the narrative nature of the book gives readers someone to root for while also exposing them to a grim portrait of a country often dismissed as a joke in the American media. 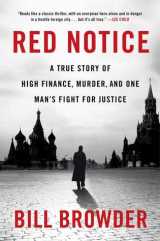 Browder’s memoir follows his attempts to make billions during the privatization of Soviet assests during the 1990s to the rise of Putin to Browder’s conversion into a human rights advocate after the death of his Russian tax accountant, Sergei Magnitsky. The same Magnitsky for whom the Magnitsky Act, a law prohibiting the entrance of Russian officials thought to be responsible for Magnitsky’s death into the United States and restricting their access to the U.S. banking system, is named for.

Vladimer Putin loathes the Magnitsky Act, and repealing or invalidating it is considered to be one of the reasons why he was pro-Trump in the 2016 presidential election. Browder’s memoir became an especially important read after it was revealed in July 2017 that Donald Trump Jr. met with a Russian lawyer about the Magnitsky Act on June 9, 2016 rather than about adoptions, as originally reported. (Putin banned American adoption of Russian orphans following the passage of the Magnitsky Act.)

But the book is also an important read for those who want to learned more about how Putin’s Russia operates or, even, the perfect pick for someone looking for a fast-paced, thriller-esque nonfiction read. I gleamed so much from this book that I passed it along to my father, who then passed it along to my brother. 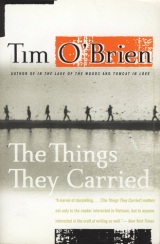 I purchased a copy of this book several years ago because I heard from several individuals that O’Brien was THE writer for the Vietnam War, but it wasn’t until after seeing O’Brien interviewed in Ken Burns’ documentary on the Vietnam War that I pulled his novel from my bookshelf. I shouldn’t have waited as long as I did. His sparse writing style can serve as a punch to the gut; there were several moments on the subway ride into work when I would read a chapter or a paragraph or a sentence, even, and have to pause to take it — the emotion, the horror, the frankness — in.