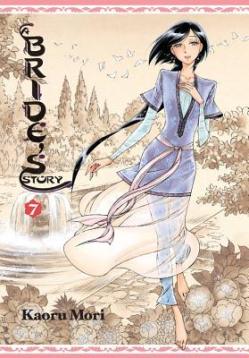 On his journey from present-day Mongola to India, the British wannabe anthropologist Mr. Smith stays for a period of time with a wealthy trader and his beautiful, young wife named Anis. As a Muslim woman, Anis is required to remain hidden from Mr. Smith and other male, non-family visitors to the home. Therefore, she often passes her days in complete solitude save for the few moments she spends with her son, Hassan, and the woman hired to care for him, Mahfu, and the Persian cat that often spurs her affections.

Anis tries to remind herself that she has no reason to be unhappy. She lives in a beautiful home, her husband has no plans to take another wife, and she has given birth to a son. Yet her loneliness is still omnipresent, particularly after Mahfu explains to Anis about the sacred tradition of “avowed sisterhood” where two married women become lifelong secret keepers and never become jealous of each other. Determined to make a female friend if not an avowed sister, Anis convinces her husband to allow her to visit the public baths with Mahfu accompanying her and eventually meets a women by the name of Sherine.

I mentioned the first six volumes of Mori’s series in my list of ten favorite reads from 2015, and this volume will likely make my list for 2016. Her choice to focus on Anis’ interest in Sherine’s body — the shape of her eyes, the size of her breasts, the comparison to Anis’ cat — as the basis for Anis’ interest in getting to know Sherine is a departure from the typical focus of Mori’s series, but I think this emphasis on sexuality and the differences between female bodies is an interesting and accurate approach to how women view one another at first glance. 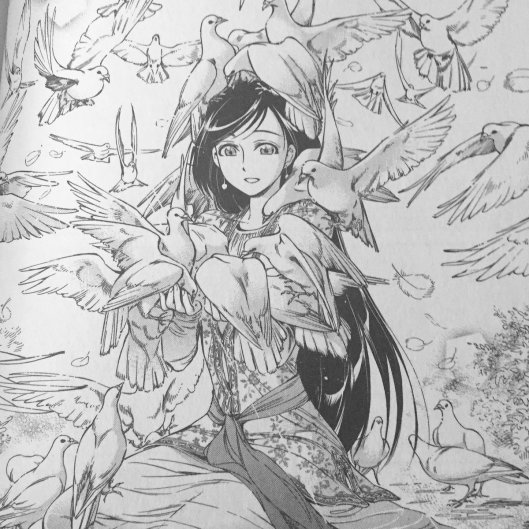 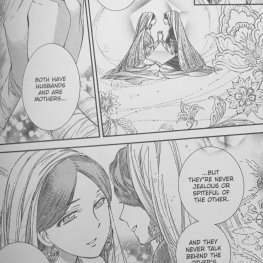 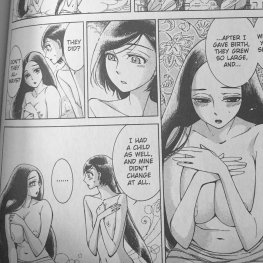 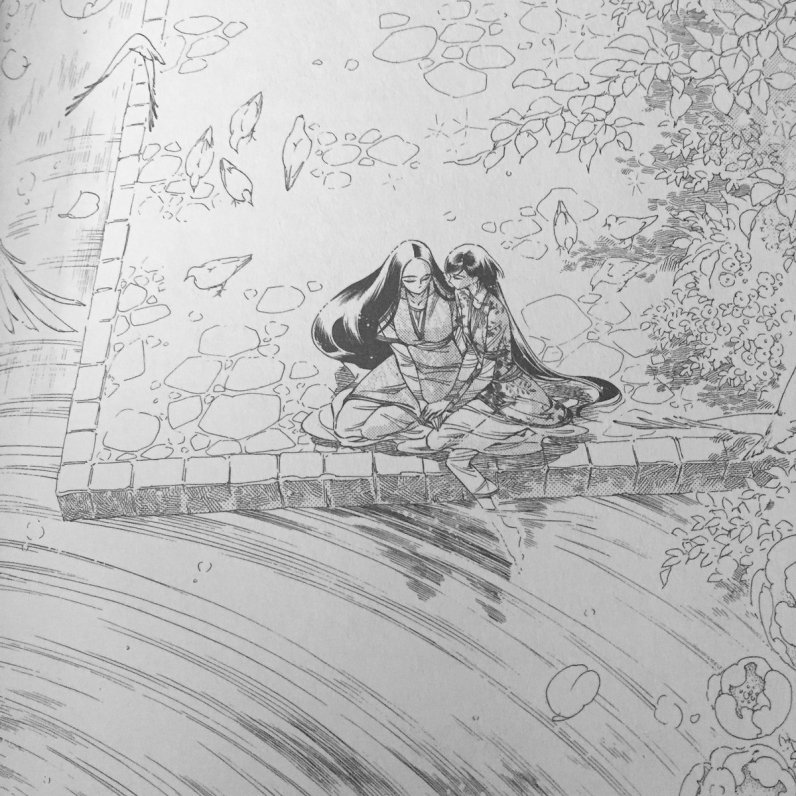 Whether women have been conditioned to “compare” because of society or not, Anis develops a “girl crush” (as my friends and I call them) based on the appearance of Sherine’s body. Yet Mori’s drawing of this interest is never drawn with the heaving, over-the-top focus that more male-oriented comics suffer from. Breasts and bodies are presented in all different sizes and shapes — much like one would see in the changing room of a gym (apropo  given the setting of the story) — and the near-constant nudity is beautifully rendered without feeling like fanservice to keep male readers interest.

While there is some nudity during scenes with Anis and her husband, her breasts are nearly always covered in those moments and the focus is either on her back or her mouth as the converses with him. The emphasis of the story is on female friendships and how women view the female body rather than that the male perception so often seen in comics. (Interestingly, scenes where Mr. Smith and Anis’ husband visit the men’s public bath are typically devoid of nudity.)

As Sherine and Anis’s attention moves away from physical appearances, the two women are able to find common connections based on more substantial interests and develop a bond that allows them to lean on each other after a tragedy. This shift in focus would have been added by an additional chapter where the women are allowed to get to know one another. Even the other women in the story express shock at how quickly Anis and Sherine’s relationship advances! But the story is still beautiful in its simplicity and in the way it is visually rendered in each panel.

At the end of the book, Mori discusses how she chose to use a lighter touch in her drawings this time, and this stylistic choice is best seen in her full-page drawings of Anis spending time the courtyard of her home. (I included pictures of two such panels above.) The panels feel very airy and include beautiful depictions of the scenery yet still manage to convey the darkness of Anis’ loneliness. This is one of those rare comics where I read first for the story and then go back to look at every panel in greater detail because every single panel is beautiful. Seven volumes into this series, Mori still manages to amaze me with her talent.