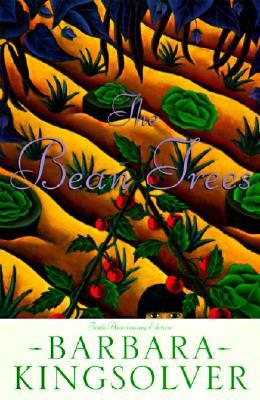 Twenty-three year old Marietta buys a used car and sets her sights west leaving behind her small town in Kentucky and the single mother who raised her. Rechristening herself as Taylor Greer, Marietta has no plan as to where she’s headed or what she plans to do for money. All she knows is that a young woman in the 1980s named Taylor wouldn’t allow herself to be tied down to a man who doesn’t love her and children she doesn’t want in a small town right out of the 1950s.

Yet Taylor doesn’t entirely manage to escape this fate as she reaches the Cherokee Nation in Oklahoma late one night and ends up leaving tribal lands with a bruised, non-communicative child in her care. Turtle – so named because she grabbed anything put in front of her with a death grip – and Taylor wind up in Arizona where they are first taken in by the owner of the “Jesus Is Lord” auto body shop, Maddie, after Taylor’s car dies and she is unable to pay for repairs. Early chapters introduce the reader to Lou Ann and her newborn son, Dwayne Ray, before (obviously) converging together as Taylor and Turtle end up moving in with Lou Ann and forging a unique family structure that explores both motherhood and female friendship.

To truly enjoy this book, you have to suspend disbelief (or common sense, as one woman in my book club put it) and accept that a twenty-three year old, unmarried woman who prided herself all through high school on not getting pregnant would accept a Native American child from a complete stranger in the middle of Oklahoma and continue onward with her journey to Tuscan, Arizona. My book club was pretty evenly split on this book – four loved it, four hated it, and four thought it as just okay – and it seemed to boil down to whether or not you could accept this premise.

I, myself, went back and forth on whether or not I could believe this. Taylor and I are a year apart in age, and I know that my first reaction when someone handed me a baby would be to head straight to the nearest police station. Would I end up advocating for the child? Oh, definitely. But I would not keep driving across state lines and risk criminal prosecution for kidnapping and/or child abuse simply because someone handed me a child and told me I had to take it with me.

Of course, Taylor’s acceptance of this child into her life reflects her ability to react without consideration for the future. I am a planner; Taylor is an actor. Someone hands her a child? Taylor keeps it without second thought. A boss says she must pay to dry clean her uniform? Taylor quits without thinking about how she’ll pay for rent or food for her and her new daughter, Turtle. A friend needs help smuggling people across the border? Taylor agrees to drive them to Oklahoma without considering what getting caught would mean for her and Turtle.

When I was able to accept this about Taylor’s personality and suspend disbelief, I ended up being charmed by the mysterious behavior of Turtle and the story of how she slowly breaks out of her shell (pun intended). I also particularly enjoyed watching Taylor and Lou Ann – a fellow Kentuckian who is abandoned in Arizona by her husband during her eighth month of pregnancy – forged together a hodgepodge family consisting of themselves, their children, and their neighbors so that both of these women and Turtle, especially, can thrive. Over the years of living far away from my family, I’ve really come to value having a network of friends who love and support each other as a family would, and I was particularly touched by Kingsolver’s depiction of how Taylor and Turtle’s network evolved over time.

Having read two of Kingsolver’s later books, it was obvious that this was a first novel. Some of the harsher critics in my book club said the writing as flat and “blander than vanilla”, but I was able to imagine both the Kentucky and the Arizona settings despite having never traveled to either state. The “Jesus Is Lord” auto repair shop was especially vivid in my mind. I do think the writing lacked an emotional impact, and I could set the book aside without hesitation when my train arrived or bedtime loomed.

However, I think the lack of emotional range was a reflection of Taylor’s personality rather than a deficit in Kingsolver’s writing.  And while I remember having a much more visceral reaction to events of her more well-known novel, The Poisonwood Bible,  this book is the only one I want to read a sequel to. So, clearly, something about this story resonated with me despite my struggle to suspend disbelief with the basic premise.