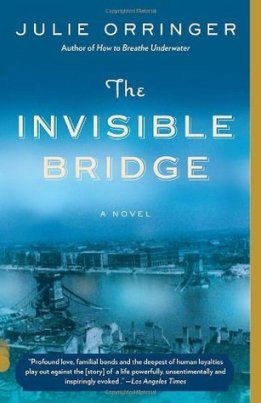 In 1937, Andras Lévi arrives in Paris to attend architecture college from Budapest on scholarship with a letter he promised an elderly, wealthy woman he knows through the connections of the Jewish community that he would deliver. The woman’s twenty-something son provides Andras with a place to sleep until he can find his own apartment in the city’s Latin Quarter; the woman’s thirty-something daughter, Klara, receives the letter without revealing the mysterious contents and invites Andras to dine with her and her teenaged daughter, Elisabeth.

Klara’s daughter takes an immediate dislike to Andras and repeatedly tries to thwart his attempts to associate with her or her mother, but Andras has fallen for the graceful ballet instructor and refuses to end their affair even as her mysterious past comes to life. Roughly the first half of the book is devoted to this romantic tale and, admittedly, I was not as enthralled with the tale as I expected to be.

But the second half chronicles the affect Hitler’s rise to power has on Andras, Klara, and the Jewish community in Hungary, and that is when the plot of this 758-page novel starts to move forward and the novel stops feeling long in the tooth. After anti-Semitic laws are passed in Paris, Andras loses his scholarship and his visa forcing him to return to the small Hungarian town of Konyár where his family has always lived. Similar laws have been passed in Hungary, however, and Andras and Kalara eventually locate their families living in reduced circumstances in Budapest near the Dohány Utcai Zsinagóga.

Forced to join an army work group with other Jewish men of his age, Andras is separated from his family, dispatched to the Carpathian Mountains near the front lines, and treated brutally by anti-Semitic, Hungarian commanders. His only sources of hope – his invisible bridge back to Budapest and life before Hungary turned the Axis powers – are the scant letters he receives from Klara and the satirical newspapers he produces with a close friend right under the commanders’ noses.

Orringer’s novel was first published around the time I visited Hungary, and I picked up a copy upon my return after seeing the photograph of the beautiful bridges connecting Buda with Pest destroyed during World War II on the cover. It has been several years since my visit, but Orringer’s writing was able to conjure up memories of sitting in the Dohány Utcai Zsinagóga – which the Germans used as a stable for their horses and a mass grave for their victims – and the state opera house, Magyar Állami Operaház. Her descriptions of the way Andras saw and interacted with his beloved Budapest certainly appealed to my sentimentality, although her prose and descriptions were beautiful written throughout the book.

The novel also focuses on the rather unique experience of Hungarian Jews during World War II. At one point in the novel, either Andras or the narrator states that Miklós Horthy, leader of Hungary, was willing to align his country with Germany and pass anti-Jewish laws but largely resisted pressure from the Nazis to deploy Hungarian troops or deport the country’s Jewish and Roma (Gypsy) citizens. He was eventually removed from power after the Germans invaded Hungary in March of 1944, which is when the bridges from the cover were destroyed, and between 450,000 and 606,000 Hungarian Jews and an estimated 28,000 Hungarian Roma were deported and murdered at Auschwitz.

(Horthy remains a controversial figure in Hungarian history, and the country’s perception of its juxtaposed role in the Holocaust is explored by two interesting museums – one called the “House of Terror” and the other dedicated to victims of the Holocaust – located in separate parts of Budapest.)

Yet this is why Andras is “conscripted” into the army’s work brigade, why the (fictional) experience of his family stands apart in the sea of Holocaust literature available. It is also why this tale deserves the length afforded to it because it would be impossible to delve into the intricacies of such an experience and the role non-Jewish Hungarians played as both collaborators and victims had the novel began any later in time. A novel set in March 1944, after all, would have presented the entire country as victims and would have denied the reader the ability to understand the slow shift in circumstances that Andras, Klara, and their families experienced.