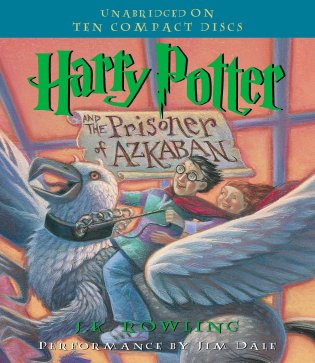 Third-year students at Hogwarts School of Witchcraft and Wizardry are allowed to visit Hogsmeade, a town that looks like it came right out of a Christmas card, provided they have permission slips signed by their parents or guardian, of course. Uncle Vernon refuses to sign Harry’s permission slip after a disastrous incident where Harry Potter inflates Aunt Marge, but Harry figures the permission slip is the least of his worries since underage wizards are expressly forbidden from performing magic and he is now a runaway.

Picked up by the Night Bus and delivered to Diagon Alley, Harry assumes the Minister of Magic, Cornelius Fudge, is there to expel him and revoke his wand. Fudge, however, seems relieved to see Harry telling him not worry about the incident and making him promise to stick to Diagon Alley until term begins out of fear that Sirius Black, loyal follower of Lord Voldemort who managed the impossible feat of escaping from Azkaban, will kill the Boy Who Lived.

The whole of the wizarding world is on edge over Black’s escape – dementors have been stationed at Hogwarts, quidditch matches and trips to Hogsmeade are cautiously held, Harry’s scar is hurting him even though Voldemort is nowhere near him. Ron’s parents, Molly and Arthur Weasley, are unsure if they should stick to Fudge’s plan of keeping Harry in the dark or tell him that Sirius Black was Lily and James Potter’s best friend and Harry’s godfather before he betrayed them to the Dark Lord. And although Harry seems oddly affected by the dementors’ presence, everyone assumes him will be safe at Hogwarts making the fact that Black manages to break into Gryffindor tower all the more terrifying.

Once again, Hogwarts has a new Defense Against the Dark Arts teacher named Remus Lupin, who just so happens to also be a friend of Harry’s late father. He also has the distinct of being the first competent and liked (at least by Harry, Hermione, and Ron) Dark Arts teacher in the series and becomes a comforting figure for Harry throughout the book. For some reason, Lupin never made much of an impression on me the first time I read this book – maybe because so much of my attention was focused on the mystery surrounding Sirius Black – but I found his story rather captivating this time around. Prejudice affects more than just house elves and Muggle-born witches and wizards in this world.

The introduction of Lupin allows Harry to learn more about the kind of person his father was and allows the reader to learn more about how Voldemort rose to power expanding upon the introduction to the individual provided by the previous book to explain how He Who Must Not Be Named expanded his influence over minions like Wormtail, how Voldemort is still able to extend his reach when most the wizarding community believe him to be dead. I find there something both haunting and exciting about the way Harry’s scar links the two of them together and links the past to the present. The latter of which is explored through Hermione’s time turner and the importance it plays in saving both Hagrid’s beloved hippogriff and Sirius.

Although this book is the point in the series where the story takes a much darker tone, I was struck by how Rowling’s manages to maintain Harry’s innocence and age throughout the novel. A madman, a murderous wizard is on the loose determined to kill him yet Harry seems more affected by the fact that he cannot visit Hogsmeade with his friends on the weekend. The dementors affect Harry in a peculiar way no one else experiences yet Harry almost entirely focused on the possibility that the Gryffindor quidditch team won’t win the cup this year. A rather clever way of reminding the reader of how young Harry is and how children are impacted by war and violence in different ways than adults; a rather clever way of allowing young readers to connect with a character facing an unimaginable experience.