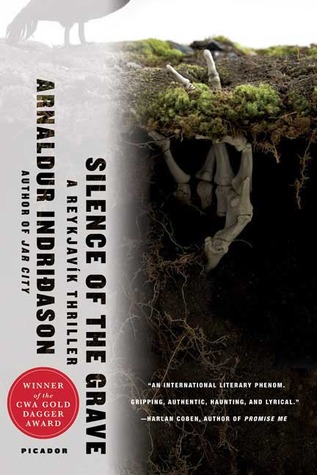 On the outskirts of Reykjavík, a human skeleton is discovered half-buried — the victim’s hand outstretched towards red current bushes — in a shallow grave near the former barracks of American and British military personnel during World War II after an infant is spotted chewing on a human rib bone. An archeologist is called to exhume the body; the soil at the site painstakingly examined for clues as to how long the body laid in the grave. And Inspector Erlendur is dispatched from Reykjavík to investigate whether the body — sex unknown — was the victim of murder or merely a unsanctioned burial.

At the same time, Erlendur is engaged in a frantic search for his daughter, Eva Lind, who is both pregnant and addicted to drugs. The search forces him to both interact with his ex-wife, who hates him with a passion, and confront the sins of his past, particularly as they relate to his strained relationship with his daughter and son.

This narrative is intertwined with one set in the past during the height of the war that, while clearly related to the skeleton found buried in the shallow grave, maintains and adds to the mystery and intrigue in the novel. There certainly are parallels between the past and Erlendur’s personal history, but the Indriðason typically addresses some aspect of Icelandic culture and history in his novel allowing him to elevate his novel above the typical.

In this novel, he explores how the police turn a blind eye to events occurring within an individual’s home — domestic violence in the past narrative and drug abuse in the present — until they spill out on the streets. Eva Lind’s drug abuse falls outside of the interest of the police (and, largely, her father) until she is found in a pool of her own blood bear the Hlemmur bus station; the domestic abuse suffered by the woman in the past falls outside the interest of the police until her husband commits a more public crime.

This is easily my favorite police procedural by Indriðason of the five I have read. The crime, if slightly obvious, is solved in an intriguing way and Indriðason finally allows the reader to understand both Erlendur and his character’s past. The psychological insights into the character push the novel above the standard detective fare, and I hope the next book I read in this series will continue such excellent storytelling.

Indriðason won the Glass Key Award in 2003 for ‘Silence of the Grave’. This award is given annually by Skandinaviska Kriminalsällskapet (the Crime Writers of Scandinavia) to a crime novel written by a Danish, Finnish, Icelandic, Norwegian or Swedish author.