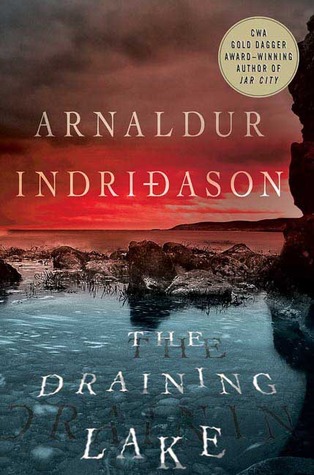 Since a 2000 earthquake opened cracks in the lakebed, Lake Kleifarvatn has lost nearly twenty percent of its surface revealing trash, remnants, and a skeleton dating from the Cold War of the 1960s with a large hole in the skull. Attached to the skeleton is a heavy communication device – possibly a radio transmitter – bearing inscriptions in Russian, and Inspectors Erlendur, Elínborg and Sigurður Óli begin to suspect the body might belong to one of the Russian spies that infiltrated the island nation during the height of the Cold War in order to report on the American military base.

Interspersed with the present-day investigation are the recollections of a time with left-wing students would be sent from Iceland to study in communist East Germany by the Icelandic Communist Party. These recollections begin with the arrival of the narrator in East Germany continuing through the students’ disenfranchisement with the communist cause until the narrative pulls together to explain the present-day mystery. Clearly, one of these students is the skeleton found in Lake Kleifarvatn and the reader is meant to be kept on their toes as to who it might be.

This is supposed to be the sixth book in Indriðason’s series – the fourth translated in English – but it read like it was meant to be the first in the series. Erlendur and the rest of his team are introduced to the reader as though they are unfamiliar to the reader, and some of the details added to their characters in this novel made the characters feel entirely new. Elínborg has an interest in cooking – a detail I cannot remember from previous books – and produced a cookbook; Erlendur has reunited with his son for the first time, but I could have sworn he made an appearance in an earlier novel. (Maybe an argument for reading the series in order rather than the haphazard jumping around I’ve been engaged in.)

I do not normally read novels about the Cold War, although I am interested in the time period, but I cannot say this book stood out amongst those I have read set in that particular time period. The novel presents the events in the past in a way that felt bereft of emotion, structured and, well, formulaic in its presentation of communist East Germany.

Unfortunately, these past recollections splice the novel so poorly that they interrupt the flow of the narrative and tarnished the mystery on either side of the timeline. I tried my best to focus on the present-day mystery and the characters I have come to enjoy but there was little there to sustain my enjoyment until the end. I finished the mystery not entirely sure I had solved the whodunit in my mind because Indriðason tried to do too much in this mystery and, unfortunately, it failed to meet the high standards I have come to associate with his work.