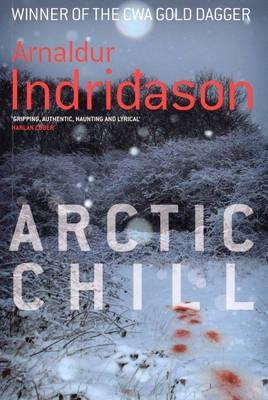 The Reykjavik police, including Inspector Erlendur Sveinsson, are called to a low-income apartment complex to investigate the death of a young boy. Because the young boy does not appear Icelandic, Erlendur and his coworkers, Sigurdur Oli and Elinborg, presume Elias is the victim of a race-based hate crime and turn their attention to the gangs of teenagers that torment the young boy’s school, including the Asian gang to which the boy’s Thai-born brother Niran belongs, and the teachers who are unapologetically anti-immigration.

At the same time, Erlendur is haunted by the disappearance of a married woman, who recently left her first husband and teenage children to marry the man she was carrying out an affair with. This man, who reported the woman as missing, has been married twice before utilizing imaginary golf tournaments to cover up his affair. During the course of his investigation, Erlendur discovers the woman’s newest husband has begun golfing again. His suspicion is heightened further by a series of mysterious phone calls to Erlendur’s cell phone in which an unknown woman begs for help in a rather spooky voice.

The most intriguing aspect of this crime novel was the conflict over immigration in Iceland as presented by Indriðason. Erlendur’s investigation is stymied by Elias’ mother’s distrust of the police based on her experiences in Thailand as she places Niran into hiding and refuses to allow the police to speak to him. And Elias himself is caught between two worlds – Icelandic and Thai – with his Thai half-brother, who can barely speak Icelandic and long to returns to Thailand, on one side and his Icelandic father, who like the other victim’s husband married several women, on the other.

His Thai mother – eager for the economic opportunities available in Iceland – married Elias’ father without informing him of the existence of her eldest child, which Elias’ father blames for the dissolution of their marriage. His Thai mother – eager to preserve her second son’s Thai heritage – spoke entirely in Thai to her sons, which Elias’ father and teachers blame for his struggles in school. But his Icelandic father has largely excused himself from Elias’ life further marginalizing the young boy into the immigrant community, and his Icelandic grandmother lives too far away to take an active role in his life despite her evident love and support for Elias and his mother.

Indriðason’s exploration of the animosity on both sides of the immigration debate and the people caught in the middle in this particular crime shatters the idea of Nordic countries possessing a liberal view of multiculturalism. It also harkens back to focus of the first novel by Indriðason that was translated in English, Jar City, with its references to the preservation of Icelandic blood and culture.

Unfortunately, my interest in this particular aspect of Icelandic culture was stymied by the addition of the second crime, a staple of any Indriðason crime novel. While I normally do not mind the two-for-one aspect of his novels, the he inclusion of the missing woman distracted rather than enhanced the principal crime and the connection between them are rather tenuous. Likely evident by my inability to remember any of the names for these particular characters.

The two cases do resurrect childhood memories for Erlendur, which explains their inclusion. And, while I would normally say one does not need to read Indriðason’s series in order – a difficult task given the novels were translated into English out of order – my complaints that Erlendur’s missing brother was randomly thrown into the story would have disappeared had I read this book before Hypothermia.