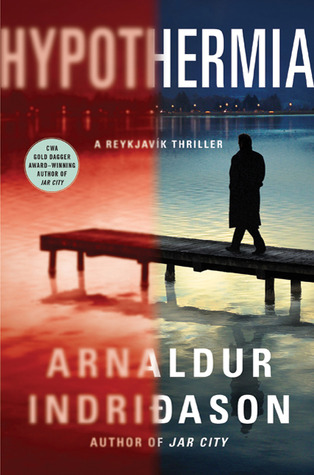 The eighth novel in Indriðason series follows Inspector Erlendur as he attempts to solve the suicide of a woman who was haunted by the loss of her beloved mother. The case is technically closed but her best friend, who found the woman at her house along the shores of Lake Thingvellir, is convinced that María would not have killed herself despite her history of depression. Erlendur, who is haunted by the mysterious disappearance of his own brother and a separate cold case from decades ago, decides to unofficially investigate the case after María’s best friend, Karen, gives him a tape of a séance that María had attended.

During the course of Erlendur’s investigation, his daughter continues to struggle to remain clean of drugs pleading with her father to meet with her mother in hopes their closure will help Eva Lind move on with her life. I have been reading Indriðason’s novels out of order yet never felt out of the loop during Erlendur’s confrontations with either his daughter or his ex-wife, Halldora. In fact, the raw and visceral emotions during these moments made me equally want to jump back to learn more of the backstore and skip further ahead in the series to reach what will undoubtedly be an explosive final confrontation.

I did find it rather odd that Erlendur’s brother was not mentioned in the previous book in the series I have read (or, if he was, it was not even a blip on the radar), but certainly his disappearance fits in well with the main case featured in this novel. In fact, all the mysteries carry elements of each other that I was not entirely surprised by the way they come together in the end. Yet solving these cases were not the true focus of this crime novel; rather, the emphasis is on confronting the ghosts of one’s past.

In that regard, Indriðason writes an emotional novel with deeply touching commentary on what it means to lose one another. Erlendur is clearly troubled by the loss of his brother yet has never have the opportunity to address such loss until this particular case, which he explains haunts him like an old ghost story because the unexplainable loss cuts far too close to home. The quiet, steadily faithful way the parents of a young man visit Erlendur on their son’s birthday to inquire about updates in his missing persons case was expectantly moving thanks to the quality of Indriðason’s sparse prose. And the insightful questions he raises about the afterlife that go far beyond whether or not it exists have remained with me far longer than I anticipated this novel ever would when I began reading it.