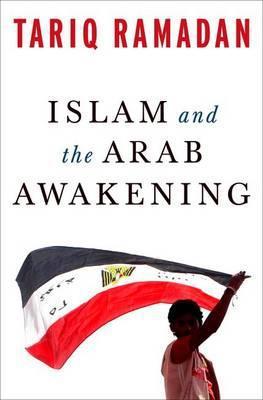 Note: This review is adapted from a paper I wrote for class on the book. It is more academic than my reviews normally are.

Ramadan’s book attempts to provide context to the so-called “Arab Spring”, a series of popular uprisings that spread from Tunisia and Egypt to Syria and Libya without warning.  He offers the revolutions up as “awakenings” of public uprisings, but strongly councils against the binary between secularism and Islam harnessed by the young activists in their protestations. The early successes of these moments will fall apart unless activists and leaders can connect their message with Islamic references, images, and beliefs and assure the world that Islam is both compatible with and necessary for democracy within the Middle East and North Africa (MENA) region.

The author rejects the idea that the international community orchestrated the uprisings to serve their own ends, but he puts forth the suggestion that support during and after the revolution was determined only by economic incentives rather than a need to spread and support democratic uprisings. Large American technology corporations with the participation of American and European governments funded training for young cyber-based activists across the region, and companies like Google offered satellite linkups to protestors after states like Egypt attempted to shut down the protestors’ online activities.  But the upwelling of support for these activists caught these governments unaware, and neither these states nor technology giants have rushed to support democratic uprising in every part of the region. Protestors in Syria have neither been offered the same satellite connections nor the air support of the U.S. military because, according to Ramadan, the country hold little economic importance for the American and European governments due to a lack of oil and other natural resources.

Despite his concentration on this issue within the first two chapters, this is not the purpose of the book and Ramadan himself reminds readers at the beginning of the third chapter that his main purpose is “to gauge what role Islam as a reference will and can play at this critical moment in the evolution of the Arab world” (Ramadan 2012, 67). Ramadan explains how debates over the place of Islam in society focus on (1) the compatibility of Islam and democracy and (2) the role of Islamist parties in these new societies, and he reaches the conclusion that the type of democracy in Muslim-majority countries will be of the same design as that in Western countries.

Ramadan calls for Muslim countries to “set aside the pointless, counterproductive, and empty quarrel over the conflict between secularization and Islam and/or Islamism” (pg. 81). He points to Turkey as a historical example of where imposition of Western style secularization failed to bring about the same freedom and respect to individual beliefs and religious practices experienced by the West. Under Mustafa Kemal Atatürk, Turkey experienced secularism as “rule by an authoritarian military regime under which freedoms were few, as the regime was essentially anti-religious and anti-Muslim” (pg. 76). Other Muslim majority nations experiences similar outcomes under secular dictatorships, many of which were overthrown during the Arab Spring.

He encourages protestors and revolutionists to return to their religious tradition to find the values and messages within that will help them create a more responsible and responsive society. He sees the success of these societies being determined by the ability of new leaders to move away from “the empty controversies that pit secularists and Islamists against one another” (pg. 84) towards a civil society that defines relations within a democratic process.

The fundamental issue with this book is not the argument itself but rather the convoluted nature in which the content is written. In order to set up his discussion of the future of this movement towards democracy, Ramadan traces the development of the uprisings in each country as a single timeline of events. This is arguably the weakest aspect of his book because the skipping from one country to the next fails to create neither a cohesive narrative of events across the entire region or within a specific country. Instead, the specifics becomes muddled and lost, and it is only after reading the appendices at the end of the book that the reader is able to understand the spread of the “Arab Spring” from one country to the next. This collection of articles responds to each country as the protests begin, and many of Ramadan’s points about the development of the uprisings become clearer through his focus on a particular country or uprising in the shorter articles.

Give the pitfalls in his tracing of the development of the Arab Spring, it is difficult to follow Ramadan’s arguments later on the book. His conclusion does a nice job of wrapping up his prescription for the continuation of change in the region, particularly the expansion and/or creation of a civil society built around the ethics of good governance and a reclaiming of the meaning of Islam. But even close readers will struggle to tease out this argument within the text as Ramadan flits from topic to the next, from one country to the next.

Stylistically, the book either needs to be divided in chapters based upon location or based upon argument. Trying to incorporation every argument with every country regardless of time period makes it difficult to ascertain where each argument applies let alone begins and ends. Instead, Ramadan’s thesis begins to read like sweeping generalizations written hastily to describe an uncompleted and unknown process.