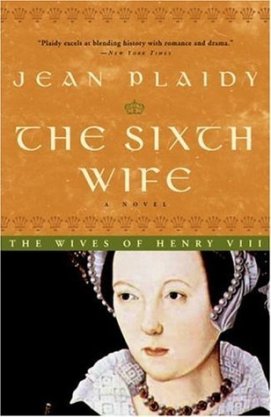 I find that Katherine Parr is often the most overlooked of King Henry VIII’s wives. After all, she wasn’t divorced or beheaded and she’s didn’t die after giving birth to Henry’s longed for son. She was simply the woman who outlived a tyrannical man. Plaidy’s novel would not have you believe that.

Twice widowed and thirty-one years old, Katherine Parr is known throughout court for her unblemished reputation and caring nature. She hopes that her third marriage will be for love rather than duty, and her heart is set on Thomas Seymour, Jane Seymour’s brother. However, an aging Henry  — now in need of a nurse more than a wife — wants to marry her, and Katherine once again marries for duty.

Books become Katherine’s only escape from the demands of her husband and life as the only mother his three children ever really know. Among her intellectual pursuits is an interest in Lutheranism — a religion that the King sees as a threat to his supremacy as leader and head of the new Church of England. Courtiers envious of the Queen’s influence over Henry and trying to pull Henry to their religious persuasion seek to destroy her by linking her with “radical” religious reformers to the point that the King wants her arrested and imprisoned.

This is actually the seventh novel in Plaidy’sTudor Saga, but it’s only the first that I have read. It’s not often that I’m able to find novels about Henry’s later wives hence why I was drawn to this novel. Although the novel appears to be historically accurate, it lacked a compelling storyline to keep my attention. Maybe little has been written about Katherine Parr because she isn’t all that interesting, or maybe it was just Plaidy’s plot that lacked interesting dynamics. Simple writing and a boring plot made for a lackluster, less than stimulating read.