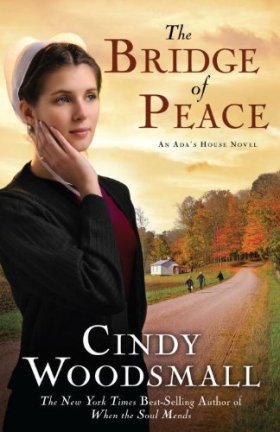 The second book in Woodsmall’s Ada’s House series follows Lena Kauffman, a twenty-something Old Order Amish schoolteacher with a noticeable birthmark on her cheek. Lena struggles to move past the stares and whispers and instead focuses on being the best teacher she possibly can be. However, her lack of submission and use of ideas that do not line up with the Old Order Ways causes the school board to doubt the abilities of their newest teacher.

Shut out of his wife’s life and home, Grey Graber wants desperately to make things with Elise, but his friendship with Lena threatens both of their standings in the community.

It’s been almost a year since I read this first book in the series and I had to read my review in order to remember exactly what happened. The books do not flow seamlessly as her other series did. The returning characters of Ada, Cara, Ephraim, and Lori were almost unfamiliar to me.

The relationship between Ephraim and Cara takes a backseat to the story of Lena and Grey but Woodsmall continues to remind the reader of their existence. The novel could have been much better had the book focused solely on Lena and Grey or continued what she started in her first book and focus on Cara and Ephraim.

I was really excited about reading this novel but have to admit to being more than a little disappointed.  My confusion probably could have been cleared up if I had reread the first book again. However, when reading the second book in a series, I do believe they should flow together much nicer than this particular book.