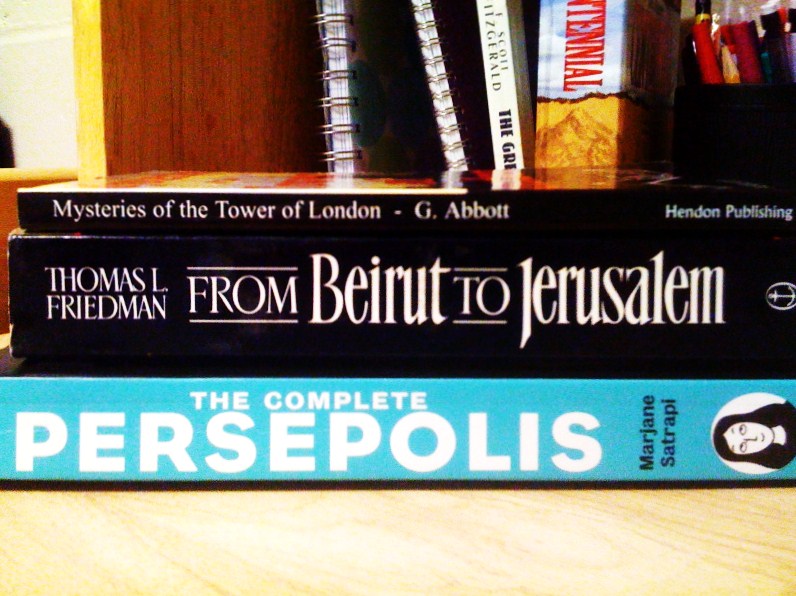 I abandoned three books in the past week — Mysteries of the Tower of London (G. Abbott), From Beirut to Jerusalem (Thomas L. Friedman), and Persepolis II (Marjane Satrapi). Mysteries of the Tower of London wasn’t intriguing enough for me; I knew a lot of the “mysteries” already. From Beirut to Jerusalem, which won the National Book Award for Nonfiction in 1989, covers Friedman’s time as a reporter in Beirut during the Lebanese War to his years in Jerusalem, which latter helped land him a job as the foreign affairs columnist, was very dry, and I felt like he was lecturing me. Plus, he really seemed to gloss over Israel’s role. I started Persepolis II: The Story of a Return even though it wasn’t required reading for my literature class and even though I didn’t like her first memoir because I was borrowing my friend’s copy of The Complete Persepolis and I though I’d find out what happens after she arrives in Vienna. I was not impressed, to say the least.